Fiber optic devices have revolutionized the world of network communication ever since their inception nearly four decades ago. Nowadays these devices have almost obliterated traditional methods of networking, which use metallic wires. The evolution of optical fibers in the field of not only telecommunications but also monitoring and sensing is conducted, particularly in remote or harsh environments. In this connection, the discovery of photosensitivity in optical fibers led to the establishment of fiber Bragg gratings (FBGs), optical filters, that have been widely employed in telecom and as measurement elements.

The history of optical fiber began with the invention of the “optical telegraph” by the French Chappe brothers (1780). This “optical telegraphs” was the system comprised of a series of light mounted on towers where operations transmitted messages from one tower to another. Almost a hundred years later, in 1870, John Tyndall demonstrated that light follows the curve of a stream of water pouring from a container. It was this simple principle that led to the study and development of applications for this phenomenon. Nowadays fiber optic devices are fiber optic cable systems consisting of a multitude of glass tubes that find a host of uses in a variety of fields. Precisely speaking, fiber optic cables are cables that contain several thousands of optical fibers in a protective, insulated jacket. The optical fibers are very thin strands of pure glass, which transmit information in the form of light. Fiber optic applications have become increasingly more integrated into networks where they facilitate telecommunication applications. These fiber optic cables are often used in medicine during surgeries as light guides and imaging tools. Fiber optic products are also used in industrial settings for imaging locations that are difficult to reach through conventional means.

Fiber optic products become more and more popular in a variety of industries and applications. There are two types of optical fibers:

Fiber optic devices have a multitude of advantages and benefits over the more traditional methods of information systems such as copper or coaxial cables:

One of the greatest benefits of using fiber optic systems is the capacity and speed. Light travels faster than an electrical system which allows faster delivery and reception of information;

Fiber optics are not affected by external electrical signals because the data is transmitted with light;

Fiber optic systems use light instead of electricity to carry signals, the probability of an electrical fire is eliminated;

Such services as the Internet are often cheaper because fiber optic signals stay strong longer, requiring less power over time to transmit signals than copper-wire systems, which need high-voltage transmitters; 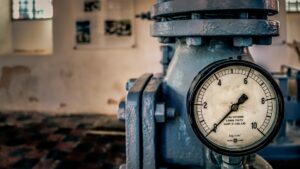 The pressure is one of the most physical parameters in a process industry, but traditional pressure sensors, mostly based on electrical strain gauge, vibration wire, mechanics, and suchlike are unable to adapt to the harsh environment and online monitoring at a long distance. Due to fiber Bragg grating sensors have become an important researching direction. An increasing interest in global industries towards the application of optical fiber sensor has brought to the rapid development in the monitoring of temperature and strain. Fiber Bragg grating products have a number of advantages such as relatively small size and long lifespan. Also, fbgs are inexpensive to manufacture, multiplexing ability, self-referencing with a liman response, ease of installation, durability, lightweight, and immune to electromagnetic interference. Sensing processes in extremely harsh environments such as explosive gas exposure setting, high-temperature combustion chamber, and environment which contains high electromagnetic interference are feasible by using fiber Bragg grating sensors due to their passive nature. Naked fiber Bragg grating sensors are fragile, but an approach to encapsulate them could solve the problem by adding carbon fiber for reinforcement and solidified by epoxy resin with encapsulation technique. Such encapsulation technology protects the fiber from the severe environment in mounting processing without influencing the transmission of the strain applied to the fbg.

The fbg pressure sensor is mainly based on a Bourdon tube with two fbgs bonded on its outside and inside surfaces. The wavelength shift difference of the two fbg is utilized as a pressure sensing signal: the sensitivity is enhanced, and the temperature cross-sensitivity is compensated. The experimental results demonstrate that the fiber Bragg grating pressure sensor possesses good linearity and repeatability with the measurement sensitivity of 1,414 pm/kPa, which is 465 times higher than a bare FBG. Compared to other pressure optical fiber sensor technology, the cost of the fiber Bragg grating sensors is still too high, even though it reduced significantly over the past decade. Such technology performs well, on a lost-per-measurement basis, only when several measurements are multiplexed on the same fiber. 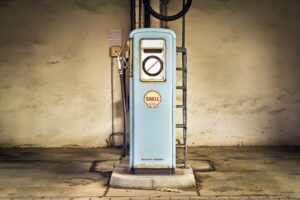 Distributed Acoustic Sensing (DAS), the rapidly evolving optical fiber sensor technology for permanent geophysical monitoring uses fiber optic products to allow acoustic frequency strain signals to be detected over large distances and in a harsh environment. The principle of Distributed acoustic sensing is based on changes in the intensity of light reflections caused by sound waves radiating against a single-mode fiber optic cable. These changes can be detected and used to obtain valuable information. The last decade is marked by growth in the distributed acoustic sensing market. The growth is stimulated by drivers such as the ability of the systems to operate in harsh working environments. Furthermore, Das systems based on the fiber optic equipment are not susceptible to electromagnetic interference and resistant to corrosion in humid conditions. Another driver for the DAS market is the ability of DAS technology to provide key data which helps to optimize oil and gas operations. DAS system is so sensitive that it can detect even a low-flying drone passing overhead, vandals damaging a railway line, or someone probing the ground trying to find a pipeline from which to steal oil.

Walk-away data, which can be obtained with the help of the distributed acoustic sensing system, yield images that are nearly equivalent to images from traditional borehole geophones in terms of signal to noise ratio and resolution. Distributed acoustic sensing system can be used to monitor all sorts of sensitive locations, from oil and gas pipelines to railway tracks, military bases, and international borders because such a system allows underground fiber optic devices to be converted into a giant string of microphones. Nowadays DAS capabilities are in use in the oil, gas, and border protection businesses. Permanently installed fiber optic infrastructure based on fiber optic devices will enable low-cost non-intrusive geophysical monitoring. Also, it should be noted, any single-mode fiber can quickly be turned into a series of listening fiber optic devices using distributed acoustic sensing with minimal fiber work at either and of the monitored fiber section. In addition to this, a distributed acoustic sensing system is capable of creating a hydraulic fracturing or “fracking” that is very effective at releasing natural gas and oil trapped in rocks. This system works by sending sharply defined pulses of laser light down the cable: high-speed signal-processing techniques are used to analyze instantly what the sound is likely to be. Various seismic sensors can be used to monitor the fracking process, from test bores drilled nearby, but it is a costly and tricky process. Also, the Distributed acoustic sensing system can be used to monitor sounds coming from below ground, in particular, those produced by the water, sand, and chemicals pumped under high pressure to fracture rock during fracking.

The DAS technique relies on a phenomenon known as Rayleigh scattering, named after 19th-century British Lord Rayleigh, who discovered it. The first DAS operation was performed by Shell in 2009. Since then, this technique has been improved and widely tested in various field situations including the VSP (Vertical Seismic Profiling), microseismic measurements, well and reservoir surveillance, hydraulic fracturing monitoring, and diagnostics. In addition, Shell and other oil companies are using the DAS system to monitor their fracking. It uses fiber optic devices inserted into a wellbore to build up an acoustic picture of the fracking fluid going into the rock at multiple levels. The fracking process can be constantly adjusted so that it runs in the most efficient way by having a clearer idea of how much fluid is going where. The DAS system is the ideal solution for the detection of this fluid and its pathways.

The DAS market is expected to be worth USD 440,2 Million by 2020. The major vertical in this market is the oil and gas industry, followed by infrastructure and fire detection. In oilfield services, DAS is used in evaluation, completion, and production activities, and helps in cost optimization. The geographic analysis means America’s DTS manufacturers as leaders on the market. Asia Pacific (APAC) region is expected to grow the fastest during the forecast period.

Distributed acoustic sensing systems can be retrofitted to existing installations of permanent in-well fiber optics-based monitoring systems with the addition of surface equipment. New installations of DAS systems are also possible and have already been performed.

If you are interested in DAS systems and want to learn more, please contact us at info@optromix.com 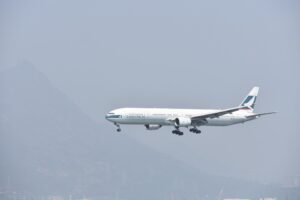 Aircraft structures require regular, scheduled inspections and monitoring of all possible hazards due to their special conditions and the principles of their design. Therefore, structural health monitoring is conducted through fiber optic devices and has great potential to reduce the costs related to these operations. Fiber optic devices applied to the monitoring of aircraft structures provide some advantages over traditional devices. Fiber Bragg grating sensors have proved to constitute the most promising technology in this field. In order to prolong the operation period of all kinds of complex engineering systems and avoid catastrophic failures, so it is necessary to achieve the highest levels of damage detection. The automation of the inspection process is a point of major importance to reduce inspection efforts. The structural health monitoring system on the basis of fiber optic products can be defined as a set of devices that provide information that allows us to locate, evaluate, and predict the loading and damage conditions of a structure. The structural health monitoring of aircraft structures can conduct real-time checks, reducing costs, and improving the reliability and performance of the structures. A wide range of potential structural health monitoring technologies is being developed to meet these needs, and the most promising options are:

Among grating-based sensors, FBGs and probably the most mature and widely employed optical sensors for structural health monitoring of engineering structures due to their fast development achieved in recent years. Fiber Bragg grating sensors have important advantages over conventional strain sensors: