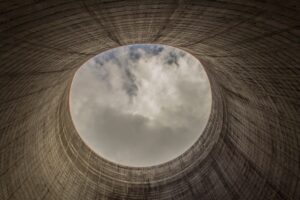 According to the researchers from the American university, the faster specialists can detect thermal shifts the faster they can prevent disruptive quench in the HTS magnets for fusion devices in power plants. That is why scientists hope to solve this issue with the help of newly developed fiber optic solutions.

Recently, fusion became considered a safe, constant, and carbon-free energy source. The HTS magnets play a crucial role in many such programs. It increases the necessity of different instruments such as sensors and controls that help magnets to work in severe environmental conditions of a fusion power plant.

The research team had an aim to prevent quenches in power plants that are based on magnetic-confinement fusion devices. Scientists also focused on the commercialization, availability, and simplicity in the conditions of the accelerating fusion’s viability as an energy source. They aimed to create a fiber optic system that would provide minimal risks and would be robust.

Scientists used optical fibers with fiber Bragg gratings (FBGs) as a promising instrument that can measure temperature. FBG reflects just one of the wavelengths that are determined by the spacing while most of the light passes through. The reflected wavelength can demonstrate the small differences in temperature and strain. That is why the installation of fiber Bragg gratings along the fiber optic cable can help in temperature monitoring all over the length.

FBGs have been applied in many various areas for strain and temperature measurement. However, according to the researchers, they’ve never been applied for larger cables with high current densities as they have. This cable is able to handle the intense electrical and electromagnetic stresses of severe environmental conditions.

The research team designed new ultra-long fiber Bragg gratings. They behave as a long quasi-continuous FBG, but all the lengths can be meters long instead of millimeters. When the usual FBGs can monitor temperature locally, these new fiber Bragg gratings can simultaneously trace the temperature modifications along the whole cable. This fiber optic technology enables fast detection of temperature changes regardless of the heat source location. It means that the accurate location can’t be defined but the utmost importance in such systems is early detection of the problem.

As a result of the real operating conditions, the fiber optic system was able to detect small temperature changes very quickly. It was even demonstrated to be more effective than the usually applied voltage taps. Moreover, the FBG sensors’ response times could be tuned and their sensitivity became higher as quench regions expanded. All these helped to find quench events faster in comparison with voltage taps even in difficult cases.

The research team offered the fiber optic system providing the technological effectiveness and minimal technological risk of the approach. And scientists are sure that they can make a contribution to other industries where superconducting magnets are really important with the help of fiber optic technology.

FBG Interrogators with a size of a memory stick